The Vibrant Paintings of Bram van Velde, the “Perfect Example of Abstract Expressionism”

Be the First to Read Our Latest Stories

When describing the Dutch artist Bram van Velde (1895-1981), Franck Prazan—owner of Applicat-Prazan, a gallery dedicated to the artists of the postwar School of Paris—would first highlight the nuances surrounding his nationality. “We call him French, even though he was born Dutch. He settled down in France in the 1920s and was part of what would become the second school of Paris,” referring to the (émigré) artists who were drawn to Paris for its enduring allure as the center of the Western art world during the first half of the 20th century. More importantly, he sees Van Velde as “the perfect example of Abstract Expressionism.” “If Van Velde decided to move to the U.S., no doubt he would have been included in the group of the so-called American Abstract Expressionist painters. Willem de Kooning himself thought that he was the best example of what was to be called Abstract Expressionism across the Atlantic,” Prazan states. 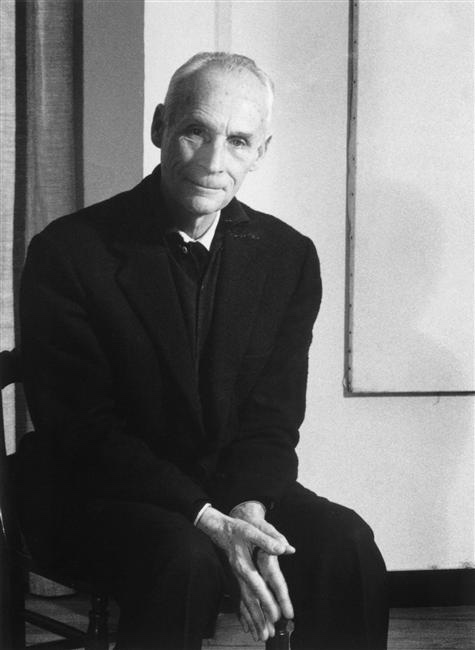 Bram van Velde. Photo: Denise Colomb. © Ministère de la Culture - Médiathèque de l'architecture et du patrimoine © RMN-Grand Palais / Denise Colomb.
Interested in painting from an early age and initially pursuing a naturalistic style, Van Velde was apprenticed as a painter-decorator from the age of 12 together with his brother Geer. Both brothers felt a strong calling as artists, which was recognized by Eduard H. Kramer, the firm’s owner. Kramer’s support was instrumental for Van Velde’s development during his formative years, receiving a stipend to pursue painting and the encouragement to travel. His work developed under the influence of the contemporary artists in Worpswede, known for its colony of expressionist artists since 1890, and the art of the Fauves upon his arrival in Paris in 1924. Here, he evolved into his mature work, characterized by rapid brushstrokes and bursts of color, rejecting a specified figurative form. His use of color is key, described by Prazan “as if he were composing a piece of music with colors as its notes. His painted writing refers to an alphabet, an alphabet he was the only one to know about.” Van Velde’s earliest works, most similar to those for which he is known today, trace back to 1939—and he would never stop painting this way from that moment on. While he was prolific in gouache and works on paper, his body of painted work would remain small: around 100 works created over a timespan of more than 50 years. 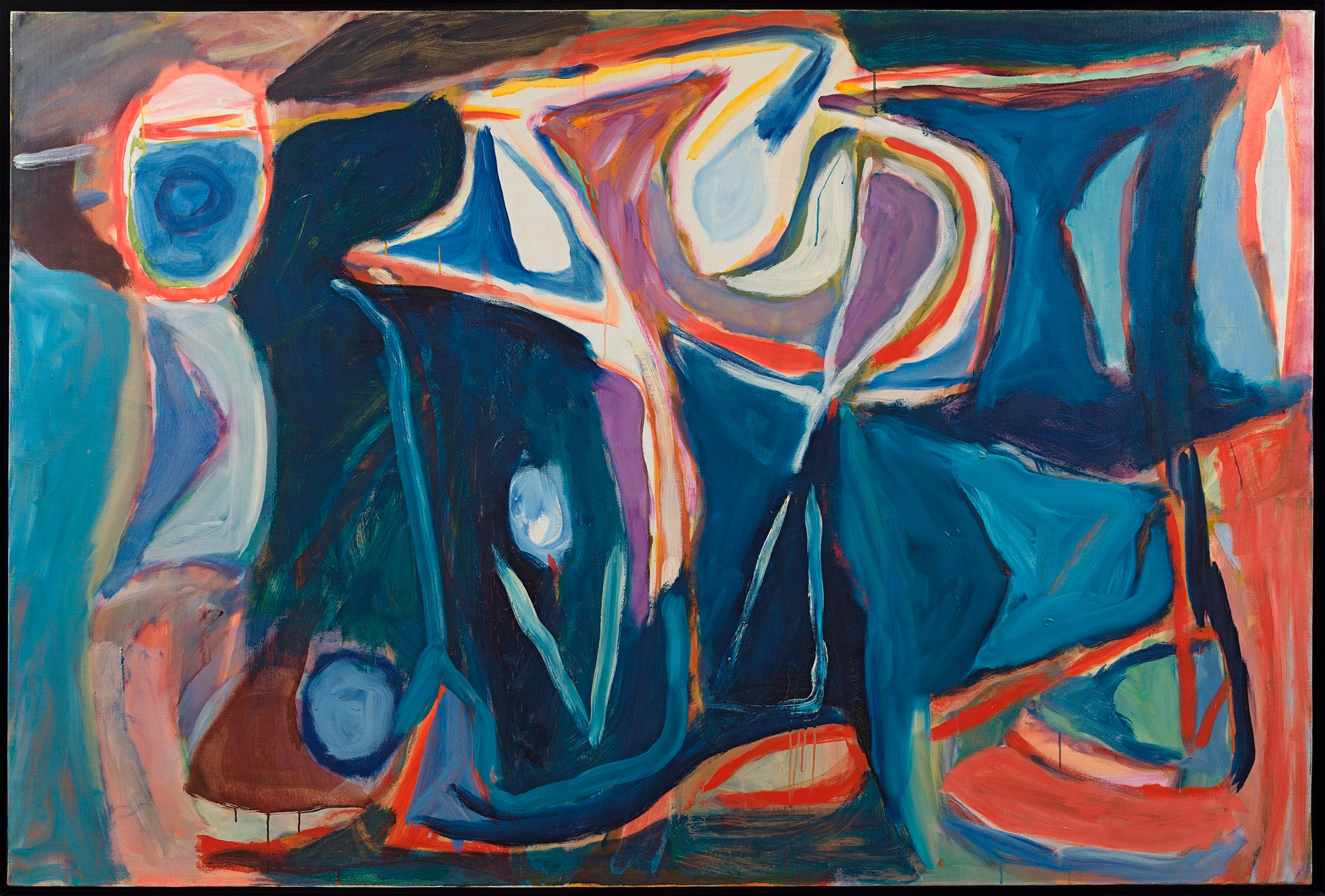 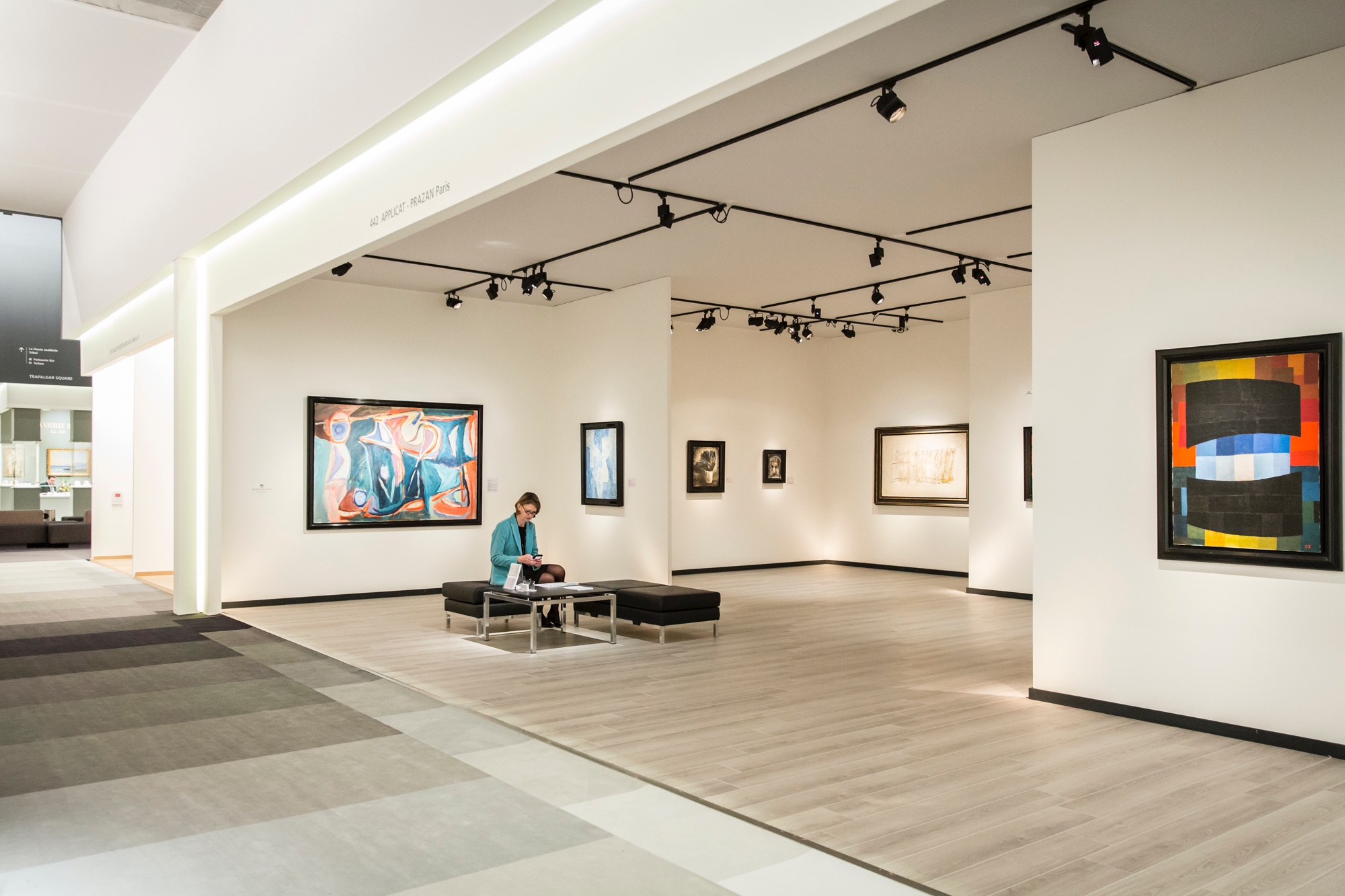 Even though he lived amidst the active artistic life at the time, Prazan describes Van Velde as a “seldom character,” a shy and somewhat isolated figure who painted in a style that, contrastingly, was very vibrant and alive. Several movements emerged in France after the Second World War, such as Lyrical Abstraction, Tachism, and a continuation of Surrealism, but Van Velde did not fully find his place among these specific artists. He was a “pure gestural Abstract Expressionist, one of the very few among that group of painters,” shares Prazan. “His life centered more around his own seldom, isolated character, and his work as an artist.”

While Van Velde was less close with other painters affiliated with the second school of Paris, he developed a strong bond with writers, musicians, and music lovers instead. He was very faithful to a small, limited group of friends, including the writer Samuel Beckett, editor and collector Jacques Putman, and publisher and art dealer Aimé Maeght, who would provide him opportunities to exhibit, as well as moral and financial support. Van Velde remained unable to make a living from his art for the longest time and was no stranger to struggle coming from a modest family that fell into hardship. Not until Van Velde was in his sixties did he gain recognition and reach a peak in his career. Confirming Van Velde’s talent, according to Prazan, “it was quite late. He started as a young man, so he had lived an entire life already. He was not the person to promote his work; this took meeting the right people at the right time.” The painting Untitled (1964) was created during the highpoint of the artist’s career and presents another exceptional feature of Van Velde’s work by being one of the very few large-sized paintings— to Prazan’s knowledge the artist created only four paintings of such dimensions. 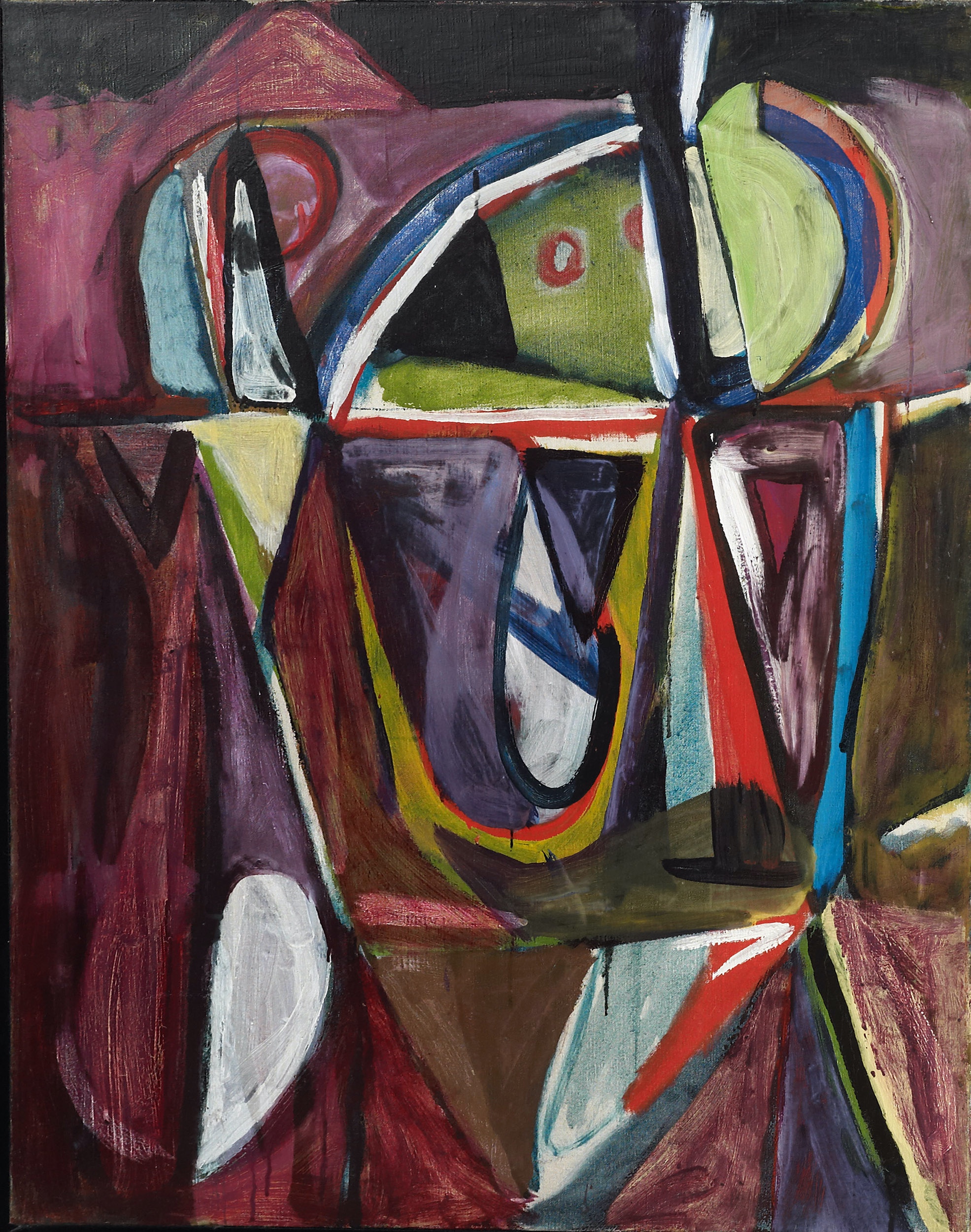 Bram van Velde, Untitled (Montrouge), 1948-50. Oil on canvas. 92 x 73 cm (36.2 x 28.7 in.). Exhibited by Applicat-Prazan at TEFAF Maastricht 2019. Courtesy of Applicat-Prazan.
More successful exhibitions would follow during Van Velde’s lifetime. While commercial recognition came with some financial rewards, Prazan suggests this did not necessarily influence how Van Velde lived his life—the artist remained true to his character. “While Paris had been the center of the art world for the first half of the 20th century, during the early ‘60s the market shifted and moved to the U.S. Van Velde still mostly spent his time listening to music or going to movie theaters than profiting from his new social status. Until the end, he continued his life as if nothing had really changed.”
In This Story
EXHIBITOR
Applicat-Prazan
Paris

Immerse Yourself in the Poetic Artistry of Jean-Michel Othoniel

From his studio in Montreuil, the French artist discusses his obsidian self-portrait, which Perrotin is showing at TEFAF New York, and the magic of large-scale public installations
Meet the Artists

In her London studio, the artist combines Japanese heritage and British influences to create masterfully intricate works
Meet the Artists

The endlessly original maker continues carving her own path by embracing femininity, experimentation, and above all, unpredictability
Related Tags
Meet the Artists
We use cookies on our website to give you the best experience. Read more about our cookie policy.
Modify