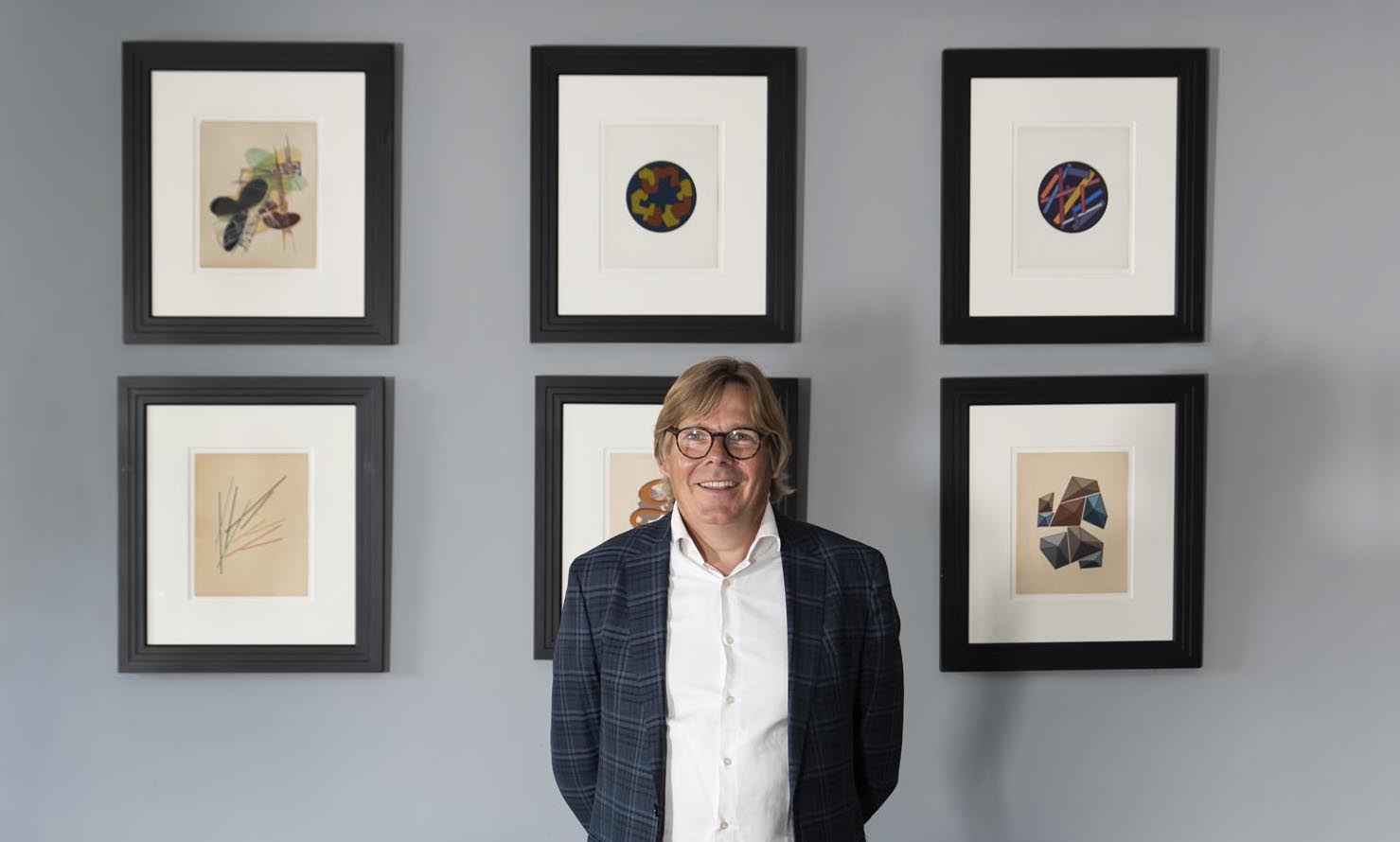 We are a private, by-invitation-only gallery situated in the heart of Mayfair with a stock of pictures by late-19th, early-20th century Russian and Ukrainian artists - we also provide a full authentication service of any work of the Russian Avant-Garde. In addition, we sell items by Western Masters and Soviet non-conformists.

James Butterwick began collecting and selling Russian art in 1985 and has established himself as one of the world’s leading dealers and experts in the field. During the 1990s he lived in Moscow, becoming the only foreign member of the Russian Society of Private Collectors, forming collections, contributing to museum exhibitions and reading lectures on the history of Russian Art to foreign companies. In 2008 James became the only foreign member of International Confederation of Antique and Art Dealers of Russia and the CIS, and in 2013 joined the Society of London Art Dealers, the leading group of its kind.

In 2015 James became to first dealer in Russian Art to be invited to exhibit at TEFAF, Maastricht, showing a collection of work by Russian and Ukrainian Avant Garde painters, including Alexander Bogomazov (1880-1930), six of whose works he sold to the Kröller Müller Museum in the Netherlands. Following this, James exhibited at TEFAF, New York, and continues to show pictures annually at TEFAF, Maastricht.

A fluent Russian speaker, James lectures around the world on issues of authenticity that surround the Russian Avant Garde, and has spoken at the Tretyakov Gallery in Moscow and the Museum of Russian Impressionism in the same city. A registered Arts Society lecturer, James has also spoken at Cambridge and New York Universities, Sotheby’s Institute of Art, the Arts Center, Arkansas and the Kiev Centre of International Relations. A regular on radio and television, James featured in the BBC programme ‘Fake or Fortune’ and will take part in the symposium on Russian fakes at the Ludwig Museum, Cologne on 6th November.

James acts as a source of museum-quality paintings with flawless provenance from both the Russian and European School, and has access to a wide range of leading experts, private collections and museums. Travelling regularly to Russia and Ukraine. James’s office is in Mayfair, London, 30 yards from Bond Street, the hub of the art world.