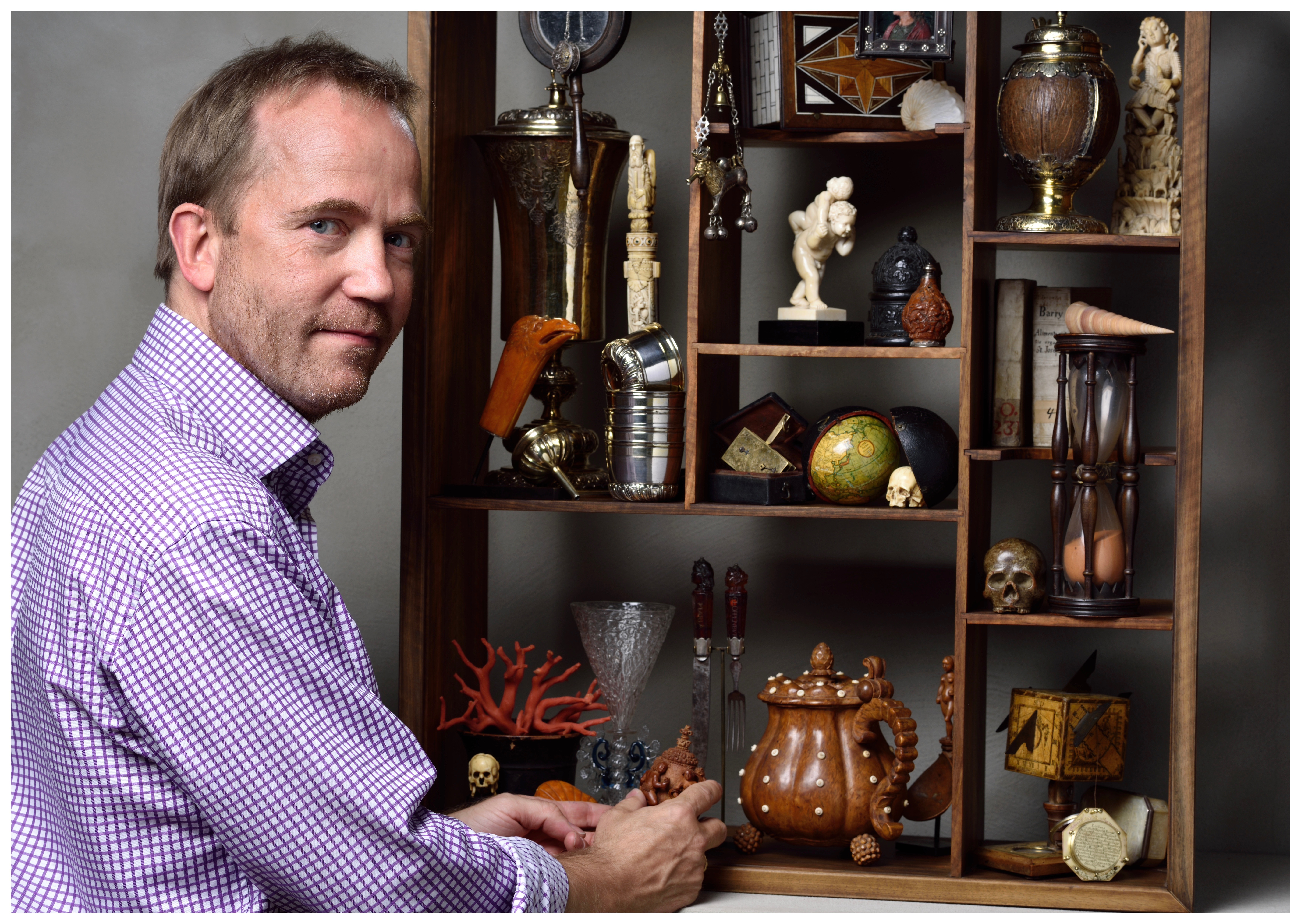 Georg Laue founded the Kunstkammer Georg Laue in 1997 in the immediate vicinity of the three Pinakotheken in Munich. There he exhibits artworks of museum standards from the 16th to the 18th centuries in splendid historical rooms. These artworks were once wondrous objects part of the Kunst– and Wunderkammer of the Renaissance and Baroque period.

Such pieces include non-European works (exotica), natural objects (naturalia), scientific instruments (scientifica), natural marvels (mirabilia), and skilfully crafted artworks (artificialia). Here artworks made of a wide variety of materials are displayed in a lively manner. Thus objects made of amber, ivory, coral, silver, shell, stone, bronze, and coconut create the atmosphere of the princely Kunstkammer, which is in itself a small-scale representation of the cosmos. At the same time, the Kunstkammer illustrates the position of mankind in the universe on the basis of his ability to produce “artistic” creations.

Georg Laue is convinced that Kunst– and Wunderkammer offer a type of aesthetic school for modern society. It is for this reason that he decided to specialise in Kunstkammer objects in addition to the construction and presentation of Kunstkammer collections. In so doing, he not only supports collectors, but also public institutions such as museums and foundations with the preparation and the realisation of Kunstkammer exhibitions.