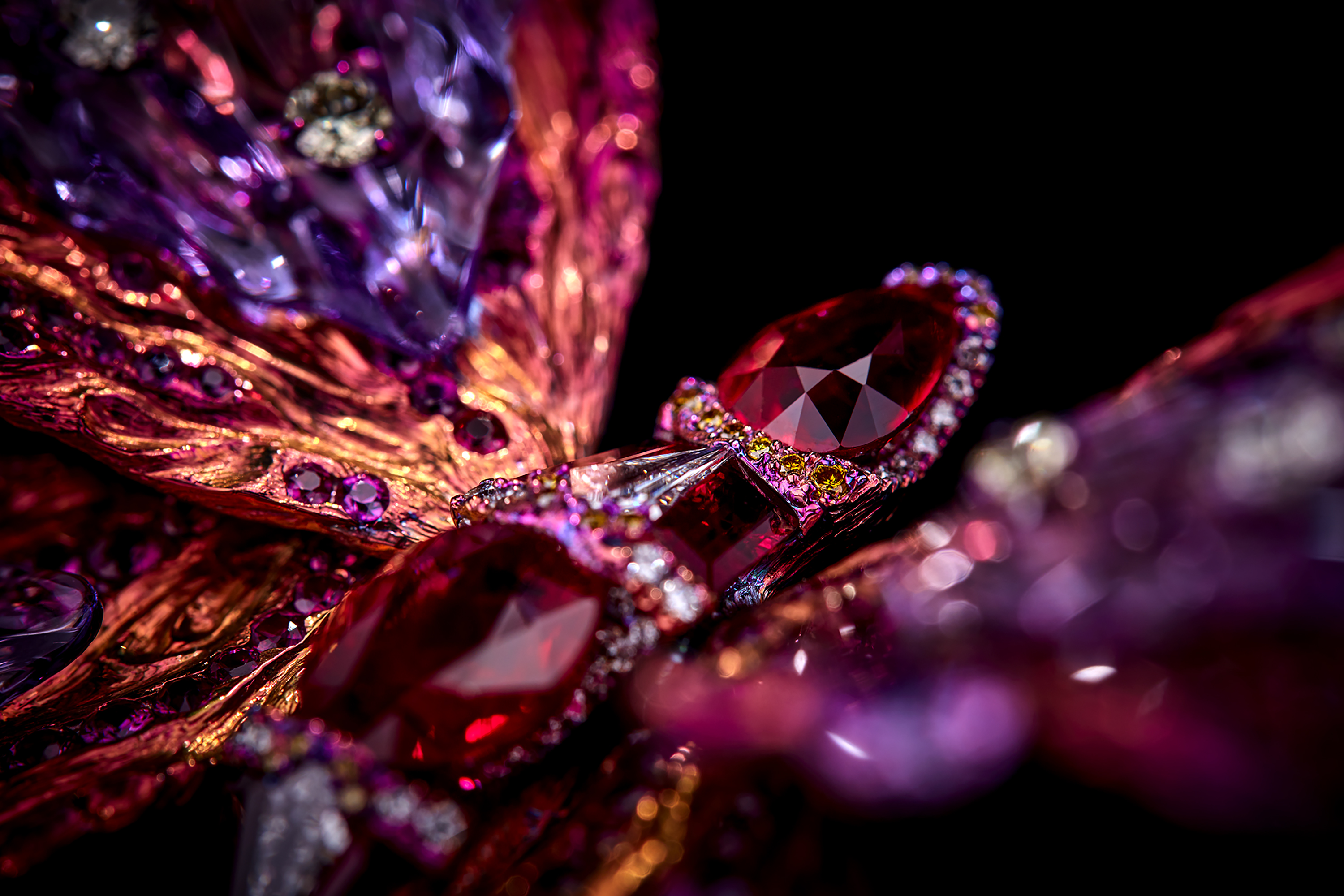 By the 2010s , he was world renowned as a jewellery artist and innovator. His creativity and curiosity have driven him to develop several innovations: The Wallace Cut, an illusionary three-dimensional carving technique invented in 1987; mastery of titanium in jewellery-making; a patented jadeite luminosity-enhancing technology; the invention of elaborate gemstone settings without metal claws; the mysterious Secret Abyss, in which over a thousand emeralds were set inside a block of rutilated quartz through a 6.5mm opening; and most recently, The Wallace Chan Porcelain, a material five times harder than steel.

Often compared to alchemists in medieval Europe and philosophers in ancient China, Chan is obsessed with new discoveries, and is constantly looking for ever-bigger canvases and new materials. After eight years of research and experimentation, he unleashed the previously undiscovered potential of titanium, in not only jewellery but also large-scale sculptures, allowing for the creation of unprecedented colours and forms.

To date, Chan is one of the only artists to use titanium in artworks of such colour, scale and complexity.

Understanding that life itself is imperfect, the artist pursues his ideals in otherworldly imagination. He regards the creative process as a means for him to recreate himself and the world around him.

In 2019, his jewellery creation, A New Generation, was added to the permanent collection of the British Museum, and is on exhibit in The Sir Joseph Hotung Gallery of China and South Asia. His works are also included in the collections of the Beijing Capital Museum (2010), and the Ningbo Museum (2010).